The story i am about to tell you is a real story of a real person.
So if you’re an empath you will understand this one quite easily.
Okay so Here it goes..
Once upon a time there was a boy..
No, Wait.. Sorry
It was a girl actually. My bad..
So once upon a time there was a girl.
A girl who was loved and adored by her parents and family members.
Like everyone else she wanted to become something in her life,something that would make her parents proud.
She was a shy and quiet kid in her school and although her parents thought that their daughter was healthy, she was of another opinion.
You all know the school days, if you’re quiet,shy and Chubby then you’re definitely going to be in big trouble.
Just because she didn’t speak much, people thought it was okay to bully her. Her classmates used to torture her,not only emotionally but also physically.
They all sabotaged her feelings.
Called her by different names.
Said that she was ugly
What can a kid do then?
She can cry?
She can curse herself?
She can complain to God for making her ugly?
Well the world doesn’t work like this. If it had, then no one would’ve been ugly or beautiful.
Everybody would be perfect.
She was imperfect, she had flaws
But seriously, who doesn’t?
People made her hate herself so much that she stopped eating well for a year.
They made her hate herself so much that she didn’t want to take another breath in this pathetic world around her.
She tried to cut herself.
She still carries the scars on her arms and thighs from this dreadful experience.
She hated herself so much that she would rather be dead than live among those people.
So many stories about bullying.
So many stories about harassment.
So many stories about torture and suicide.
So many lives lost because of this.
But no one bats an eye.
Why would they?
People only care about things which affect their lives.
They don’t care what people are going through, they don’t try to understand others.
The girl hated herself, She felt miserable.
But as they say there is always a silver lining in dark clouds.
As she grew up, she gradually started to understand herself and this world.
She eventually realised that unless you love yourself you are not capable of anyone else’s love. 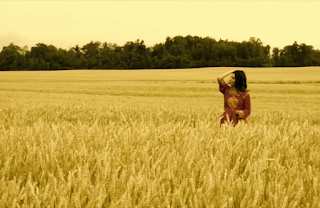 So she started loving herself.

And saw the world with a different view.
She was beautiful then and she is beautiful now.
I am gonna say this directly to you girl, that hold your head high because people will kill to see you fall 🙂

Hiya, I am really glad I have found this info. Today bloggers publish just about gossips and internet and this is really irritating. A good website with interesting content, that’s what I need. Thank you for keeping this web site, I will be visiting it. Do you do newsletters? Can’t find it.

Hello! I just would like to give a huge thumbs up for the great info you have here on this post. I will be coming back to your blog for more soon.

In a mother’s womb were two babies. One asked the other: “Do you believe in life after delivery?” The other replied, “Why, of course. There has to be something after delivery. Maybe we are here to Read more…

Summer was almost over. He could feel the chilly wind striking his cheeks as he sat in his balcony. He could see the city lights shining in the night and the cars honking down in Read more…